Click to Play
This is the latest permutation of our "Wild Land" video with Penny Little, Nik Green and Ben Hurley.
Posted by pennylittlesavage at 9:43 PM No comments:

Life Changes © The Away Team

Hold on to Your Dreamin'

“This song brought out of me my love for African Electric Guitar and musicians…In particular, Ali Farkar Toure. He has since passed away but has left an imprint on my being…For this I would like to dedicate my guitar playing on this piece to him.

I also took the liberty and went a little “Ladysmith Black Mambazo” on the vocals as I wanted to keep it “native” sounding and add that “world music” feeling. I also did a little “Aaron Neville” on the “crying” part…"

“This song contains a strong message relevant to the world today. The people in charge who are largely above the law, often act outside of the law and get away with it because they can. There has to be a better way than this. This song is political and addresses a centuries’ old problem from a slightly different angle.

Both Penny & I worked on drums and various keyboards. I added the bass to the mix, in 12/8 rather than 6/8, so it feels like it’s going across the beat, but it’s not really. Then I came up with a little marimba ostinato riff in 13/8 to weave around the vibe part which Penny was doing in 12/8. They create an interesting interaction like a tapestry in the minimalist tradition as used by the likes of Steve Reich, etc. The way we end the song live takes those same riffs and play them together until we are playing in unison. It’s an interesting technique very rarely used in pop music."

“I didn’t really write this to be a political or message song. I just wrote it straight from my heart one morning singing over the marimba part. I truly believe that we are the power, that we must claim it, we must dream it, give up our fear of dying, begin living, take the risks, believe in ourselves, to create the world we want to live in. I guess that’s political. We’ve performed this at several anti-war rallies, and the song made it into the set on the Unconventional Tour 2008. I wanted the song to feel more “organic” and less electronic than some of our tunes, so I recorded some live shakers and some live congas to mix in with the electronic drums.”
Posted by pennylittlesavage at 8:17 PM No comments:


This is a rough edit of our video for "Life Changes" from the Away Team's upcoming album. Penny filmed this with the camera sitting on her art table, with a paper green screen, then edited in some clips from a public domain video from the 50's and WW 11, some other footage, a letter sent from her great, great uncle to his sister Edna during the war. The idea was to show different lives, different times. Featuring Penny Little on vocals & keyboards, Nik Green on Keyboards, Ben Hurley on guitars. This is a rough mix of the tune.
Posted by pennylittlesavage at 12:10 AM No comments:

Name that album by The Away Team

This is the last dance before Cinderella must run for the Pumpkin Coach and leave the ball --the last gasp before the end of our Pledge Music Campaign.  I know I secretly vowed I wouldn’t talk about this again, but I just heard from Benji at Pledge Music who gave me another pep talk, so forgive me.

“Please tell me we’re not a ‘lost Pledge Cause’” I said... “I mean there are other artists on Pledge who have made $29,633!     And maybe that guy is cute....Go check it out, on the front page: http://www.pledgemusic.com  The Damnwells are doing damn well!    While Wild Wild Land sits there on the last page . . . .Is it because our project begins with “W”?  I know there’s a bit of a stigma about that letter now.

From our Ground Hogs Day email blast, we got emails back from people saying things like, "i would send money but here i am debating whether i should buy my dental floss..." "Great songs! thanks, wish I could help you guys." Why is the economy frozen, and why are we all sitting here freezing, waiting for the thaw? No one seems willing to break the ice, especially the banks who get billions handed to them from we the taxpayer/serfs.

So maybe we need to change the name of our album to get away from the "W" stigma. We've been trying to figure out more ways to create more interaction between us and our audience, for you to experience the process.  So here is one idea:  We want you to vote on the album title.  Recently a fan mentioned that he liked the album name --  "Letters to the World", which was an early working title.  We've kicked around other names from songs on the album like:  "Topsy Turvy World".  Right now the album is still "Wild Wild Land". We, of course, have had dozens of other ideas, but we're interested in what you, the music fan, thinks. Anyone?  If you'd like to have some input, you can take the poll here.

And if you're interested in checking out our project, here's a link at Pledge Music to The Away Team
Posted by pennylittlesavage at 8:39 PM No comments:

What the Birds Say 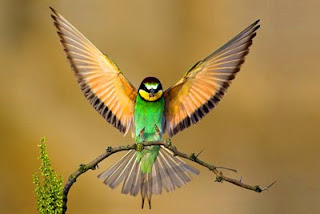 “I want someone to tell me what the birds say; the world is changin’ and I don’t know which way” I wrote this line in my song a long time ago but didn’t complete the song until 9/11. On that day, there were no sounds of cars from the freeway, no planes overhead except military jets late in the day. There was a very deep silence which I’d never heard before. I went into the studio to try to deal with my feelings, finished the verses and recorded a rough arrangement of “What the Birds Say” for the first time.

In 2007, I looked at this song again - after I had completed my film “Dust and Deceit” about the toxic dust of 9/11. It seemed even more relevant.

And just this past month, the Obama administration has expressed its refusal to support HR 847, the 9/11 First Responders Health Bill.

Health and Human Services Secretary Kathleen Sebelius made clear that “the administration does not support any kind of funding mechanism that’s built into the bill”. Bronx Representative Eliot Engel said, “They find money for everything else, they need to find money for this.” Then, as if in response to the outrage, Obama announced that his administration will double the budget for treating sick responders to $150 millionby 2011. When one considers the more than $100 billion spent per year in continuing and expanding Bush’s wars, it seems like a token PR effort.

Those who are sick from the dust of 9/11 are like the canaries in the cage. If there is another incident, how will the government respond? What have we learned from 9/11? From Katrina? It is the responsibility of government to take our tax dollars to protect and serve. In the case of the toxic dust, the heros of 9/11 who went down to Ground Zero to help were lied to government officials and the media. They were told over and over that the air was safe to breathe, documents were manipulated, and as a result, thousands are suffering, many have died.

Please check out the Feal Good Foundation if you would like to help first responders of 9/11.
http://www.fealgoodfoundation.com/.

A rough mix of “What the Birds Say”
is available at Pledge Music.
http://www.pledgemusic.com/projects/96/updates

Addendum: I’ve heard that the birds have been disappearing, tens of millions of them not showing up at their regular migrational places. What have we done to make the birds disappear? We’re losing more than their songs. The Audubon Society reports that some species are down by up to 80 percent because of dramatic environmental changes. Here are some excerpts from a CBC special in Canada: http://rawstory.com/rawreplay/?p=372

I am really feeling like I can’t wait to share this music. It’s like sending letters out to my friends, letters to the world. I wanted to name the album “Letters to the world” --but then “Wild wild land” seems so appropriate. It’s crazy wild times we live in; and I really "don’t know know what this is all for...". this song encapsulates what I’m feeling about living in Twenty Ten.
Posted by pennylittlesavage at 9:50 PM No comments: