October 2011 is the 10th anniversary of the invasion of Afghanistan and the beginning of the 2012 federal austerity budget. It is time to light the spark that sets off a true democratic, nonviolent transition to a world in which people are freed to create just and sustainable solutions.

We call on people of conscience and courage—all who seek peace, economic justice, human rights and a healthy environment—to join together in Washington, D.C., beginning on Oct. 6, 2011, in nonviolent resistance similar to the Arab Spring and the Midwest awakening.

A concert, rally and protest will kick off a powerful and sustained nonviolent resistance to the corporate criminals that dominate our government.

Forty-seven years ago, Mario Savio, an activist student at Berkeley, said, "There's a time when the operation of the machine becomes so odious—makes you so sick at heart—that you can't take part. You can't even passively take part. And you've got to put your bodies upon the gears and upon the wheels, upon the levers, upon all the apparatus, and you've got to make it stop. And you've got to indicate to the people who run it, to the people who own it, that unless you're free, the machine will be prevented from working at all."

Those words have an even greater urgency today. We face ongoing wars and massive socio-economic and environmental destruction perpetrated by a corporate empire which is oppressing, occupying and exploiting the world. We are on a fast track to making the planet unlivable while the middle class and poor people of our country are undergoing the most wrenching and profound economic crisis in 80 years.

"Stop the Machine! • Create a New World!" is a clarion call for all who are deeply concerned with injustice, militarism and environmental destruction to join in ending concentrated corporate power and taking direct control of a real participatory democracy. We will encourage a culture of resistance—using music, art, theater and direct nonviolent action—to take control of our country and our lives. It is about courageously resisting and stopping the corporate state from destroying not only our inherent rights and freedoms, but also our children’s chance to live, breathe clean air, drink pure water, grow edible natural food and live in peace.

As Mother Jones said, "Someday the workers will take possession of your city hall, and when we do, no child will be sacrificed on the altar of profit!"

We are the ones who can create a new and just world. Our issues are connected. We are connected. Join us in Washington, D.C., on Oct. 6, 2011, to Stop the Machine.

Posted by pennylittlesavage at 9:37 PM No comments:

Launching into Spaces That have No Landing Places 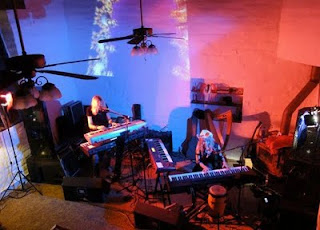 CD UNLEASED PARTY JULY 16, 2011 July 16 is the anniversary of my mother’s accident. It was a rainy afternoon in Eugene Missouri, and she was coming back from shopping with a friend. Some drunk hit her.
I was thousands of miles away in Waipahu, Hawaii, had just returned from a dance class, in the mid afternoon. I started having some vision problems with my right eye. It was like looking through the world through a kaleidoscope of broken glass. I took a bath and it went away temporarily. Then it came back even stronger. I was beginning to be really worried; maybe this is what a stroke starts out like, or a brain tumor, or some misfire in my brain, or my retina has become disconnected, thoughts bordering on panic.... Around 5 pm my sister called and said “Mother has been in an accident. She hit the windshield, has some internal injuries and lost her right eye. She’s still in intensive care” At that moment, my eye cleared. Earlier today I was struggling with my feelings of loss, and jumped into that river for a few minutes, and cried like a baby about losing her, about losing my friend Cherie, about possibly losing our home, our cat, the life we’ve known. All those big losses came back through me in waves, past, present, future. My mother lived quite a few years after the accident, and in most photographs it’s hard to tell that she had one glass eye. That accident gave her the money that my father’s pension did not, and she moved to warmer winters in Georgia. I told myself that every big change, every big loss is a new opening, and we have to do whatever we can, and sometimes it’s all for the best. So here we are at the precipice of not knowing again. We either need to (a) find housemates in the next couple days or (b) start making plans to leave and (c) “What about your cat?” - who is staring with discontent right now So we’ve decided to have a gig-party every weekend until we (a) stay, (b) find a new place or (c) go on the road. Option (c) requires some sleight of hand to procure some worthy gigs for August/September ....The house is now a music venue, with the Nexo system and our pared down live rigs. All I can say is “I’m putting my faith in God, the Universe, whatever you want to call it.” This is truly one of those times in life when we’re launching into spaces that have no predesignated landing places. This paraphrased version came from Orthobionomy founder Arthur Pauls,who inspired me to write a song about that - a song residing in the archives of the hundreds of tunes I’ve written.

The first CD Release Party on July 16 party was wonderful, and some of us danced till we dropped.
After we played, I was having a strange vision issue -- that kaleidoscope of broken glass began to cross my left eye, in waves. It didn’t cross my entire vision, but was annoying. I remembered it was my mother’s anniversary of her accident and the streaks began to fade. What is that about? I wish, just like the cat who talks to me in “meow”, that these messages would come in plain English. Why can’t I see? Why can’t I translate the message? What is she trying to tell me? Where are we going to go? What are we going to do? Should we look for a new place? Our landlord is traipsing people through our space every day. Will we find compatible housemates before he finds someone to rent the entire house? Or are we supposed to give it all up, and hit the road and promote our new album? Our friend Dawn who accompanied us on Unconventional Tour 2008 asks, “Why did we make an album if we didn’t intend to promote it?”
I’m scouring connections, reaching out to anyone who might help us book gigs, applying to Festivals in the Midwest (again?).... And, until we stay or go, I’m pretending we’re on vacation in our beautiful house in Santa Barbara. In this beautiful house we’ve called home for the past year, we’ll add songs to our set. We’ll get our media together. We’ll be really ready to launch, into spaces, where there are no landing places.

Posted by pennylittlesavage at 10:49 AM No comments:

The Away Team at Summer Solstice some Pics from video

Posted by pennylittlesavage at 4:30 PM No comments: