We've been working in the studio on mixing songs from the past year, pas part of a new album project.   Fukushima, Sugar Pie, Head Heart, Truth Will Set You Free, others...

"Hey There Sugar Pie"  This song and music video was inspired by an interaction I witnessed between a girl who looked like she was feeling sad and a street musician who said hi to her. The musician saw that she was down, they exchanged a few words, and she walked on. It became a story about a girl who had lost everything in Hurricane Sandy. She was feeling the weight of the world, when a street musician gave her some kindness or words of wisdom -- which set her on a different path. I ran back to the studio to write and record a rough demo of the song I was formulating.

The video includes pieces of the  original writing process, piano part and lyrics being sung and recorded as I wrote them that evening of Nov. 30, 2012. I added the drums and bass the next day. Nik Green has put in his aura with some extra keyboards and drum programming, and a demented lead in the middle and end.  Then, later the next evening, I found a bunch of video clips I had shot in NYC. and a couple stock footage clips, and put quickly together the video from what I had at hand. One rainy night in SB before Christmas I got some low rez shots.  I tried to get funding through IndieGogo, to find  a way to pay street musicians to participate in my video, to reshoot the "iPhone footage" with the storyline narrative. Although I will use some clips from this rough montage, eventually most will be replaced by new footage.

I feel  sad that I have not seen Jami - one of the homeless women in the video - for months.   She was not doing well the last time I saw her.
Posted by pennylittlesavage at 11:54 AM No comments: 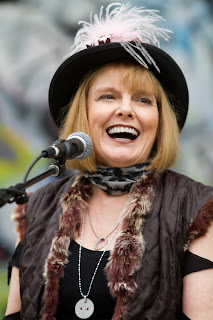 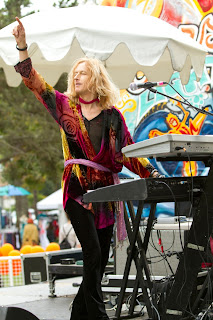