Don't Trickle on Me

There are problems with trickle down economics for musicians in the digital age “If we can’t make enough from digital media to pay for the record that we’ve just made,” Mr. Ribot said, “then we can’t make another one.” Marc Ribot, It seems it's still about the Big Three.   Read all about it here

The trickle down economy theory has been refuted even by our current Pope Francis:

" . . some people continue to defend trickle-down theories which assume that economic growth, encouraged by a free market, will inevitably succeed in bringing about greater justice and inclusiveness in the world. This opinion, which has never been confirmed by the facts, expresses a crude and naïve trust in the goodness of those wielding economic power and in the sacralized workings of the prevailing economic system. Meanwhile, the excluded are still waiting.  . . . "


But what does this have to do with music?  Nothing really.  But it has everything to do with the music industry, making a living, and what's happening in the economic landscape.   The rich get richer, the one percent, that is, .01%, and the 99.99 percent are left to be pissed on and used.

Even some of the one per-centers get this.  Like Nick Hanauer who published a Memo to his Fellow Zillionaires - "The Pitchforks are Coming"   He sees the writing on the wall.  To quote Nik Green:  "When you tilt the playing field too far, everybody falls off…"

So, we have the BIG THREE in the music industry who still seem to own the playing field, and  the gap between the haves and have nots is expanding exponentially.  There are few stars at the top, the Miley Cyruses and Justin Biebers, and there is very little middle ground - i.e., middle division or middle class.  Even though the promise of the Internet was to level the playing field, who out there is making a living at music?

"They" - the marketers - tell independent artists that you have to do other things like sell t-shirts, merchandise and engage your fans.  Sounds great. I always wanted to sell t-shirts.  Do they really mean it when they say that you  glean one fan at a time? Let's see how long will it take to get 10,000, and out of 10,000 maybe one will buy your CD?   Or, there's the idea of 100 core fans who will spread it out to the masses.   On the Internet, there are flukes and it seems those who are interactive with their audience can have some degree of success.  Look at Amanda Palmer.  She's workin' it.

But hey, most people these days think music on the Internet is free . . . . isn't it?   Or, the paid services might give you $4.43 for those 10,000 streams, one fan at a time.   Musicians don't have to eat, we don't have to pay rent, there are no travel expenses, we don't have to buy expensive equipment . . .   Yet if you want to make money at it, you have to be good, right?  And that means you must spend most of your time doing it.  How does that happen with a full time job?  Or three part time jobs?   Well, I have a time machine and I slip into it every night and write songs, woodshed, and get my beauty sleep.  I come back after my journey into the future or past completely refreshed having lived another 24 hours as a practicing musician in another time dimension.  Oh, that was a dream.

With every other band begging on Indiegogo or Kickstarter to get their albums made, doesn't it feel like we're all street musicians with our begging bowl out, defending our turf in the subway or on our virtual "block" waiting for some of that change to trickle down?

The royalty are the BIG THREE and those who are anointed get to play in their court, and millions are lined up in the cue to be their servants.  The Independents are vying for their positions in the hierarchy.  What's that trickling sound?   Drip drip drip . . .

My question, if being a solitary musician or band with a pitchfork doesn't work, what if we get together and light some torches to create a new type of union, a new type of network, where there is the potential for a more level playing field, potential for those with talent and persistence to succeed at finding an audience together?     I don't know what it is or what it will look like, but am open to suggestions.   A gigging network?  A distribution network with some built in tools for PR?  Does it already exist? I know there are sites out there for independent musicians, and some are these are great; musicians have more online tools at our disposal than ever before.

But ultimately, it's usually gigging and being in front of an audience that brings rewards.  If you're an acoustic singer-songwriter, it's easy to pick up and travel to gig in - or even beyond - your home town.  If you're a band or have to rent a truck to leave home, need a roadie and a driver, the threshold to gigging success is a lot bigger, often with smaller rewards.  With musicians competing for smaller and smaller openings, it makes sense to try a different model: collaboration.  It's what cells do in a body to keep it alive.

Posted by pennylittlesavage at 12:16 PM No comments:

It began with moving some furniture around, and pretty soon we were taking down the walls.   If you move one thing, something else has to move.  That's a bit like editing.  You have a chunk here and you want to fit it there.  Now the chunk that was there needs to go somewhere. . . . one thing leads to another.

What if it's just a bunch of blocks and you move the blocks around?   This is a bit like preschool.  But what goes in each block?  What do we want people to see when they arrive at The Home of the Away Team?   Or, maybe we should ask, what do YOU want to see?  Maybe not.  If every decision became a collective one here we would all be stuck now wouldn't we?

Which leads to the ultimate question:  How democratic can this really be?   Does there need to be a Dictator, something like the Conductor who keeps it all together?  Who is the voice of the band?  Is it simply a Do-ocracy.  Whomever does it . . gets the word in edgewise, the first word, the last word. Add Twitter and FaceBook so we can communicate and have a dialogue.... Amend and edit later . . Ok. .

Check it out: The Away Team's Amazing New, but Somewhat the Same New and Hopefully Improved WEBSITE 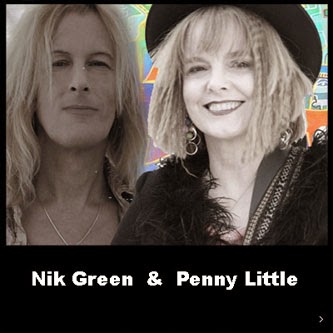 We're missing the "Press" button.
Posted by pennylittlesavage at 10:18 PM No comments:

Trying out the ReverbNation Free Player Widget....it seems to work ok.
Sell music on itunes at ReverbNation.com
Posted by pennylittlesavage at 10:09 PM No comments: